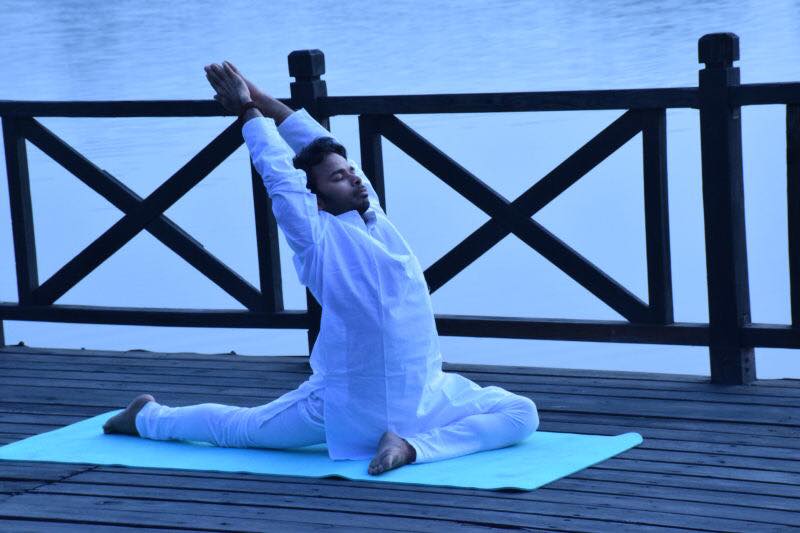 Amritesh is a uniquely inspiring and experienced Yoga Teacher and Therapist. His teaching mainly focuses on the connection of body-breath-mind and the subtle effects of yoga on them. Since 2008, Amritesh has been teaching Hatha, Ashtanga, pranayama, philosophy & meditation through Yoga Teacher Training courses, workshops, seminars, and groups in different yoga institutes, schools, colleges, old age home, and orphanages. He has joined and represented in several national and international yoga events spreading the message of health and well-being to the common mass with help of yoga practices and philosophy.

Amritesh has born in north India and has got spontaneous inclination towards yoga from his childhood. During his study, he has participated at a different level of yoga championship and been awarded with many medals. He holds Post Graduate Diploma in Yoga Therapy (PGDYT) from Kaivalyadhama Yoga Institute, Lonavla and has gone through a deep study of yoga from different places in India. In the beginning of his yoga practice, he dedicated himself more to asanas and its physical aspect because of his sound academic knowledge and carrier of anatomy & physiology. He has good ability to hold asanas for long time easily and has the skill to teach difficult asanas in a simple way with scientific cues to the students. But later, he understood that the whole science of yoga has been developed by Yogis not for the body only but to experience something which is beyond body-mind and the art of living blissfully. Apart from his teaching, he devotes time to explore the deeper realm of yoga by joining advanced yoga & meditation retreats.